Exterior Signage Gets a Cold Reception from Development Boards

Exterior Signage Gets a Cold Reception from Development Boards

A series of articles posted on tctimes.com by Sharon Stone tell the story of a development board’s concerns with a city’s new exterior signage. This story reminds us of a post we wrote a few months ago about client’s making decisions with pocketbooks rather than common business sense of working with skilled signage providers. To be clear — the city did indeed engage a reputable exterior signage provider, but the issue at hand seems to be a matter of whether or not the exterior signage matches the specs and expectations of the development board. It’s best to read through each article to get the complete story, but we’ve provided a few key excerpts from the tctimes.com posts for a summary review: 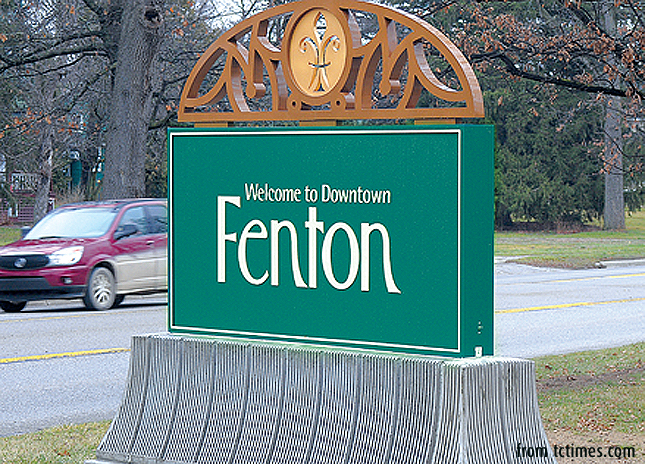 ‘Welcome to Fenton” signs were installed, on Torrey Road, North Road, Silver Lake Road, South Holly Road and Adelaide Street. Burns said these signs were taken down shortly after they were installed when they noticed that the size of the lettering was not to spec. These signs were fixed and in the process of going back up.  In the downtown area, motorists will see new “Welcome to Downtown” signs on Main Street, east of Walnut Street, Silver Lake Road at Adelaide Street and at Shiawassee Avenue at Elizabeth Street. Burns said the concrete bases were made by Rice’s Garden Ornaments in Holly and Dibbleville Woodworks built the prototype for the concrete fluting. Jennifer Weaver, of Weaver Designs in Fenton, created the lettering on the signs. Craftsman Electrical Services, of Fenton, took care of the lighting on the monument signs, while Universal Signs, of Grand Rapids, installed the signs. “A lot of people in town helped with these signs,” said Burns. “We had a lot of local assistance.”

The cost to the DDA for what is currently up was $104,000, said Burns. In 2013, when the city begins the streetscape project, it will also install the planned directional signs, which are part of this sign project. Estimated cost for the directional signs is $175,000. In all, the DDA is spending between $275,000 and $300,000 on signage for the city. Burns said they did not want to install the Wayfinding directional signs now since they would have to removed, when the streetscape and landscaping project is being done.”

Click the following links to read the posts from tctimes.com:

Exterior Signage Does Not Meet Specs

Click to read the complete article from Travis Brown on mdcoastdispatch.com:

The Berlin Historic District Commission (HDC) met this week to discuss signage at the Chamber of Commerce, alterations to PNC Bank and the eventual adoption of town architectural standards and guidelines. First on the agenda were proposed alterations to signs adorning the chamber building on Main St. Chamber Executive Director Olive Mawyer came before the commission with designs for a new frontal and side sign. The commission immediately had problems with the insignia meant for the side of the building. “It isn’t what I’d call a first-rate looking sign,” said Commissioner Mary Moore.

Moore said the design was decent but since the chamber is the face of Berlin to visitors, she was expecting something much more unique. “You really are the person out there front and center,” Moore told Mawyer. Moore added that signage was the beginning of a quality building and suggested Mawyer look into other designs. Mawyer agreed that the chamber should have quality signage but explained the limitations of the budget. At $425, the current design was affordable, but stretching beyond that would be difficult. Additionally, delaying while waiting for funds might mean the sign wouldn’t be up before this summer. Moore suggested going before the Mayor and Council to ask for additional funds. Mawyer promised to hold out for a more elaborate design, though it would also be more expensive. After providing a sample of what that sign would look like, the commission approved it, though there’s no timeline on when the chamber will have the funds to produce it.

California has long been known as being on the cutting[...]

In the final post of this series, Branding: The Silent[...]

Let's talk about powder-coating and why it is an eco-friendly[...]