Cityscape Signage or Exterior Wayfinding Signage for cities is making the news again. This time, it’s in Urbandale, IA. In an article written by Anne Carothers-Kay  titled, “Urbandale City Council Talks About Sprucing Up Douglas Ave,” on the UrbandalePatch website, it is reported that the local city council is talking about a beautification project that is scheduled to include cityscape signage. 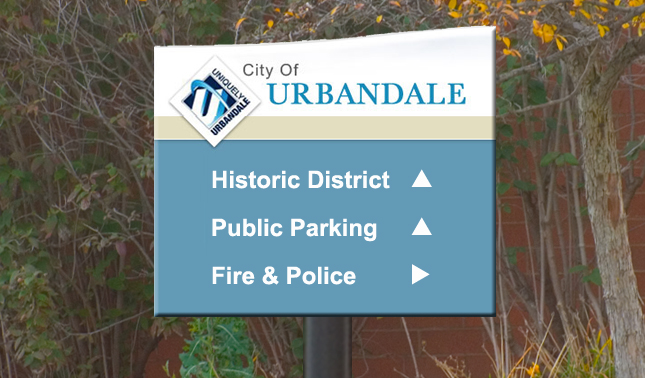 Here are some key excerpts from the article, but we recommend reading the entire post:

“…..the Douglas Avenue beautification plan, intended to spruce up one of the city’s major arteries may be back “on” again. During a lunch and learn session on Friday in the Urbandale City Council chambers, members of the Urbandale city council and the mayor listened to a proposal from Shive Hattery, an architectural and engineering firm located in the Midwest. What the city will get for their $10.5 million is a new look for city signage along Douglas Avenue, including various new types of signage such as signs denoting secondary intersections, median markers extolling the virtues of Urbandale, and at the intersection of 86th Street and Douglas Avenue, a digital signboard. Some members of the city council expressed concern about focusing solely on Douglas Avenue, without considering similar measures for other important corridors in the city….”

We applaud Urbandale, along with other communities, that are exploring how cityscape signage or exterior wayfinding signage can improve the appearance of the city and experience for both visitors and citizens.  We’ve talked about how these exterior signage solutions can benefit cities — when done right — in previous posts:

City Wayfinding Signage: Why Making the Investment in Exterior Directional Signage is a Good Idea

Exterior Signage and a Business Brand Causes Problems for Ft. Worth, D/FW Airport

The battle over a business, its exterior signage and their[...]

Every so often, a really cool looking signage solution comes[...]

Great article that is worth the read if you are[...]